What was your path to Cawthron?

I am a native Nelsonian who loves the laid back city vibe and weather of our region. Nelson is and always will be the place I call home. Sir Thomas Cawthron’s amazing contribution to Nelson is intertwined with it’s history and is still very visible today, through treasured landmarks. Cawthron’s science focus has changed and diversified over the years along with the region. Our core focus today centres on the growth of our primary industries and protection of our marine and freshwater environments. 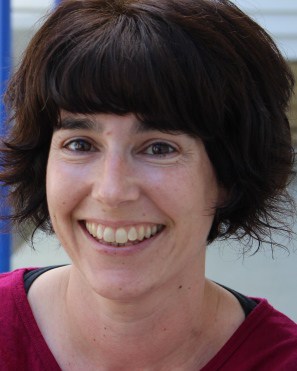 Tell us about your career at Cawthron.

I began in the Inorganic Chemistry Laboratory, just after I completed my 6 form year at Nayland College. The lab tested drinking waters for potability and monitored freshwaters, sediments, raw sewage and industrial wastewaters for resource and environmental management purposes. I worked and studied to complete my NZCS in Water Technology over the next few years. Once completed, I was moved into a senior technician then 2IC role. In 2002 the Inorganic Chemistry and Trace Elements labs merged to become the Environmental Section and I was appointed manager. After the arrival of my first child in 2006, I moved back into a senior technician role. When this side of our business was sold in 2012, I took up the position of Key Account Manager-Food, where I remain today.

My day can comprise of on-boarding new customers, preparing quotations, handling enquiries, drafting contracts and meeting with customers. Throughout my career attention to detail, clear communication, active listening and accuracy has been paramount in my day to day tasks.

What do you see as some of Cawthron’s major strengths?

Cawthron’s major strength lies whole heartedly with its staff. They are passionate, engaging, impactful and amazingly dedicated to the work they do in their chosen fields. There is a resounding feeling of family which is incredibly unique and special.

Do you have a favourite Cawthron memory to share?

The original telephone paging system can still be seen in areas around the Rigg building. Consisting of two circular disks, a call was alerted to by an engaging buzzer, followed by an illuminated number between 0 & 99. When it sounded, all staff would instantly turn to see if their designated number was showing. This was a sight to behold when the tearoom was full of staff and all heads would turn to the pager at the same time. This was affectionately known as the “Cawthron Twitch”.

Is there a piece of work your colleagues have done that you admire, and if so why?

For me the stand out is our involvement with the development of a neosaxitoxin-based anaesthetic. With the potential to provide better safety and effectiveness through a single injection, this broadens the applications of use. This process could revolutionise post-operative pain relief for our most vulnerable. Whilst still in the early stages, it epitomises the research, expertise and knowledge held by our staff, on a global scale at the cutting edge of science.

Are there opportunities that you have had at Cawthron you feel you might not have had if you’d worked elsewhere?

I was incredibly lucky to be sponsored by Cawthron to gain my Certificate in Science. Through working full time and studying via correspondence and block courses, I was able to complete my training in 4 years.

What do you think of Thomas Cawthron’s legacy?

Thomas Cawthron was an extraordinary man and visionary of his time. His contribution to Nelson is vast and wide reaching. The establishment of an institute and teaching school has led me and many others to a career path that would not have otherwise been available in this region.

What do you think Thomas Cawthron himself would make of where the Institute is at today?

I think he would be immensely proud of the supportive culture, skilled, dedicated and experienced staff who are leading the way in delivering world class science for a better future.