The 12km-long Puhinui Stream was once considered the most polluted of the Auckland region’s monitored waterways. However, a massive community effort since 2003 has seen things turn around…

Restoration work has been underway since 2003 and the Wiri School tamariki are the latest chapter in this story.

Brent Condon, a passionate advocate for the stream says it has been a long journey with many people involved during the course of the initiative.

“Local tamariki are being enabled to become tiaki (carers) for one of the most vulnerable and abused parts of the stream that flows through their own neighbourhood,” Brent Condon says.

The catchment is in one of the most impoverished areas of New Zealand and in recent years the local School has begun a programme of investigating, educating, connecting and cleaning the Puhinui Stream with the shared dream of a clean awa. 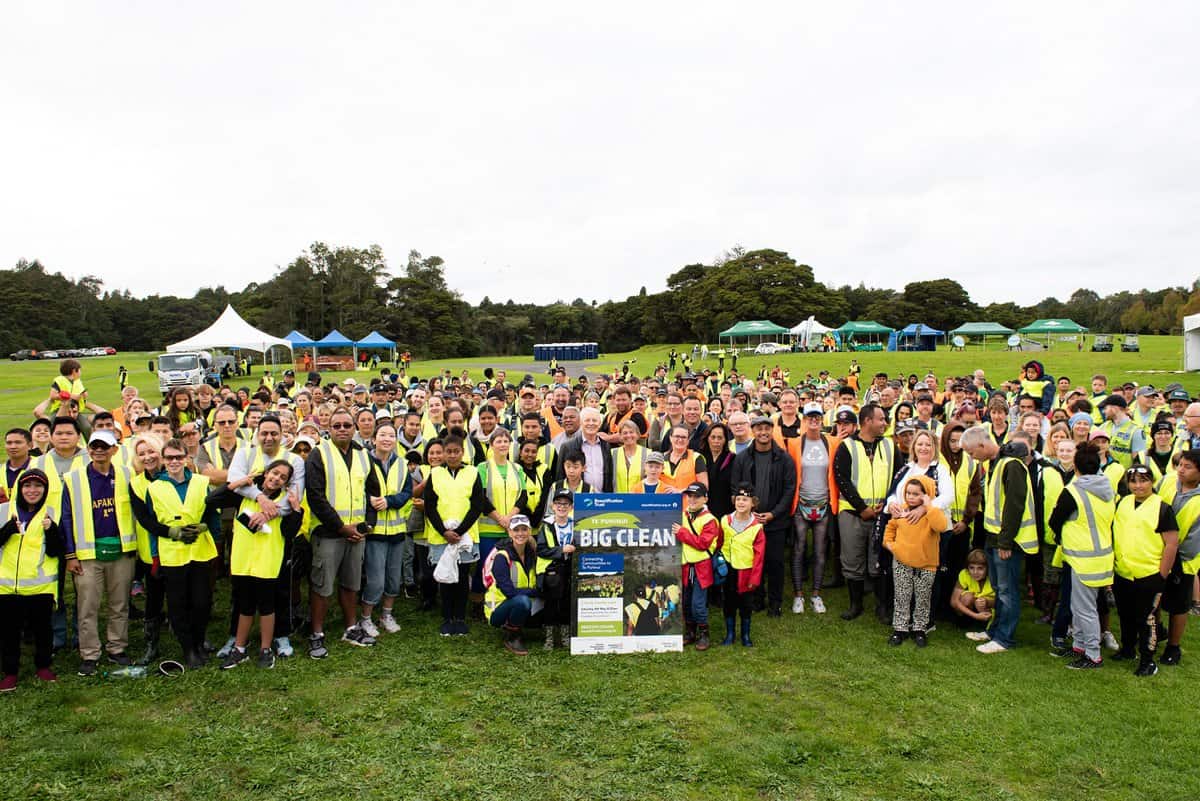 Brent Condon says a shift in perception and behaviours of local communities towards the value of urban streams is required.

“This shift is needed to see the Puhinui Stream go from being an overgrown ditch choked with domestic and commercial waste to a living, thriving aquatic artery to be sustained, protected, respected, and placed at the centre of community pride.”

“It will require a concerted effort from both local community, council and government.”

Local environmental group Manukau Beautification Charitable Trust have long been working on improving the stream healthy and in 2016, these efforts were recognised and the Puhinui won the Award for the Most Improved River in New Zealand. Work since this time has focused on gaining more broad awareness and investment to ensure improvements to the whole of the river’s health.

Over the past three years with the help of locals, corporates, Auckland Council and Eke Panuku, the kids and others have worked hard cleaning and planting local areas of the stream. They have removed over seven tons of waste including sofas, plastics, polystyrene, nappies, tyres, trollies, rubbish bags, and even a prosthetic leg and planted hundreds of native plants.

“I think there is an awareness that the school can’t be the ‘ambulance at the bottom of the cliff,’ putting band aids on stream degradation through volunteer clean–up and planting work alone,” Brent Condon says.

“To ensure that the tamariki of Wiri grow up with a new relationship and respect for the awa, ongoing education and engagement has been underway over the last three years.”

This began with a year long co-design programme, engaging tamariki to input into a broader regeneration strategy and local park design. More recently dedicated art workshops have been used to restore pride in this awa including ‘Tuna and Taniwha’ drawing workshops for tamariki to learn about values around kaitiakitanga, and the stream’s natural ecology and food chain.

These workshops have led to murals and signage incorporating the children’s depictions of local wildlife. Signs also include dialect and input from local Waiohua iwi. By actively engaging local children in the signage design, vandalism has reduced significantly.

In addition to this, Eke Panuku and Healthy Waters have initiated a ‘citizen science’ programme and are working to create a customised shipping container onsite at the Wiri Reserve. The container will activate and educate around Te Puhinui and sits adjacent a new playground which celebrates the local iwi histories and reflects the children’s input via the co-design process.

Years of hard work is paying off for people devoted to improving one of our most abused and disregarded areas. Art and interactive learning are being used to engage curiosity and the heroes in this story are children. Puhinui is on its way to once again being a thriving part of this community.