Cawthron Institute is delighted to announce Volker Kuntzsch has been appointed as Chief Executive.

Cawthron Institute has been searching for a successor for former Chief Executive Prof. Charles Eason following his retirement at the end of 2020.

Chairperson Meg Matthews said Kuntzsch is joining the organisation at an exciting time, as Cawthron celebrates 100 years of delivering world-class science this year.

“For 100 years Cawthron has built an international reputation for impact and excellence, bridging the gap between science and industry. Former CEO Professor Eason did a great job growing the organisation to where it is today, and we are now entering an exciting new phase looking ahead to the next 100 years of ground-breaking research.

“We believe Volker is the perfect fit to ensure our research programmes continue to support New Zealand’s sustainable economic growth, thanks to his proven track record in delivering strong commercial performance coupled with his environmental and sustainability focus,” said Matthews. “He is a leader who is passionate and supportive, values driven, has deep integrity and a love of science”.

Kuntzsch has a distinguished international career in the seafood industry spanning more than 30 years. He was formerly the President of Nippon Suisan (USA), and President and CEO of King & Prince Seafood Corp (USA), before joining Sanford as CEO in 2013. He has also held senior executive roles in Tokyo, Namibia, Germany, and the United Kingdom, and holds a Master of Science from the University of Stellenbosch.

Kuntzsch said he was excited about moving to Nelson Tasman with his family and looked forward to leading New Zealand’s largest independent science organisation.

“I am humbled by the privilege to lead Cawthron’s highly reputable team in delivering world-class science for a better future. It is almost impossible for me to contain my excitement about embarking on this purposeful journey to help understand and realise Aotearoa New Zealand’s opportunities in aquaculture and the freshwater environment,” said Kuntzsch.

Not only is Cawthron celebrating 100 years of science and innovation this year with a programme of community activities; Matthews said the organisation is also making significant investment into its research infrastructure and facilities in Te Tau Ihu.

“Construction of Cawthron’s National Algae Research Centre is well underway, and we expect to open this exciting facility in May this year. In addition, we are progressing a PC2 Level facility to deliver aquatic health and biosecurity research, and are in the planning stages for new laboratories,” said Matthews.

“With Volker at the helm, Cawthron is well placed to advance more economic outcomes for Te Tau Ihu and Aotearoa through its impactful science, alongside restoring and protecting our unique environment,” said Matthews.

Kuntzsch will join the organisation on Monday 1 March 2021. 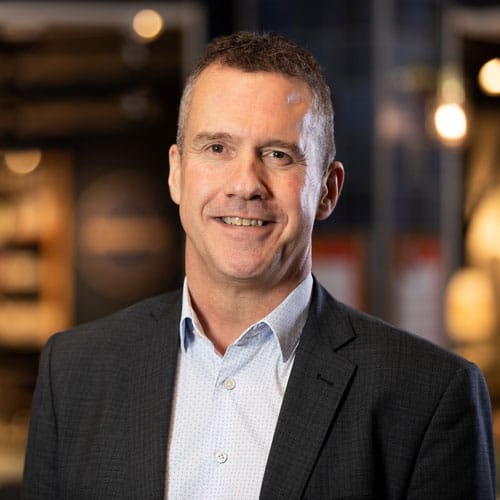