Researchers at Nelson’s Cawthron Institute are co-leading a collaboration of international scientists working to understand an emerging environmental threat to lakes all over the world that were previously considered to be in good health.

In a paper published this week in Bioscience Magazine, the team of researchers explain that from Lake Tahoe in the USA, to Whakatipu wai-māori/Lake Wakatipu in Queenstown, pristine lakes around the world are being carpeted by bright-green slimy algae growing on the lakebed, especially during the summer. This relatively recent phenomenon is deeply concerning to scientists because it indicates many of the world’s most iconic clear lakes are degrading at an alarming rate.

Cawthron Institute scientist Dr Simon Stewart, who is co-leading the research funded by Te Apārangi Royal Society, says that typically, when a lake experiences degradation, the water becomes enriched in nutrients and choked with algae, but some iconic lakes that have algae mats growing on the lake beds have clear water that is free of nutrients, puzzling scientists.

“The ‘green bottom’ lake problem is caused by filamentous algal blooms (FABs). These blooms need lots of light, so they’re occurring at lake edges where people swim and play, which means they’re impacting on people’s enjoyment and use of lakes, but they’re also bound to be having a negative impact on the ecosystem of these lakes – exactly the type and degree of impact is unknown at this point because we just don’t have the data,” Dr Stewart says.

“The fact that these blooms are occurring in essentially pristine lakes is an indicator that freshwater ecosystems are rapidly changing and this could be the early-warning indicator of ecosystem change, but we have a puzzle to solve because traditional monitoring methods can’t tell us much about the problem.

Co-researcher Professor Marianne Moore from Wellesley College in Massachusetts conducts research in the world’s largest lake, Lake Baikal, in Russia. Professor Moore said she was not surprised to find that human sewage contributes to FABs in Lake Baikal, but was surprised that this wasn’t a common denominator in FAB’s worldwide.

“The prevalence of FABs in other clear-water lakes of the world amazed me, especially those where the cause remains a mystery.”

Dr Stewart told Radio New Zealand that scientists typically monitor lake health and other types of algal blooms by taking water samples, usually from the middle of the lake, but because the water samples from lakes with FABs are generally clean, other approaches will need to be developed.

“Typically we don’t monitor the near shore zone of lakes, we go and monitor offshore, in the middle of the lake so we can get an average… these impacts are happening close to the lake shore line so that’s one of the reasons they’re taking us by surprise.”

Dr Stewart says there are several lakes in New Zealand that are already experiencing these blooms, including Ōtūwharekai (Upper Māori Lake) near Ashburton, Whakatipu wai-māori/Lake Wakatipu and Taupō-nui-a-Tia/Lake Taupō.

“Our team have been sampling and monitoring these blooms in a few lakes in New Zealand, including Taupō, to shed light on what is driving them, but unlike the offshore waters in lakes where in some instances monitoring data goes back 100 years and the theory is well established, we’re starting from a fresh slate so we’re having to work smarter. 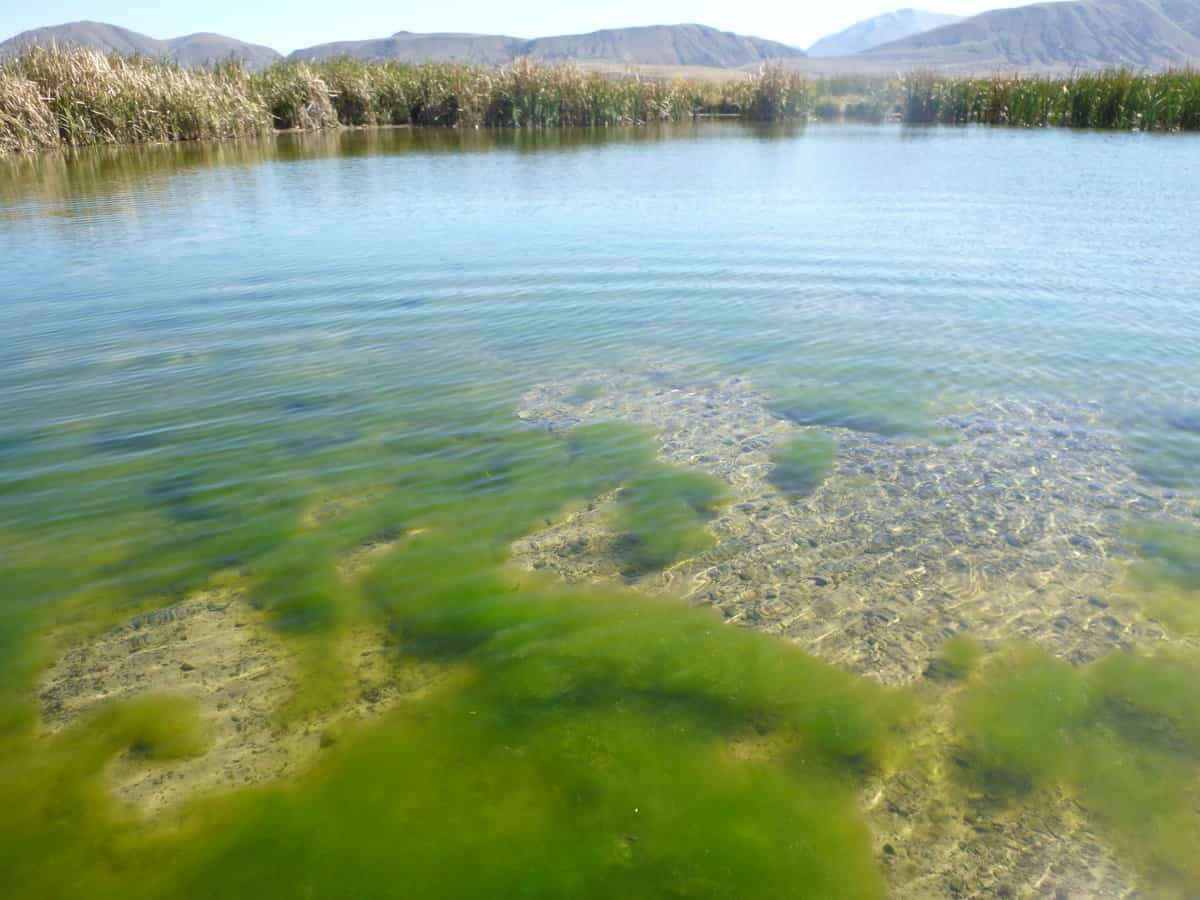 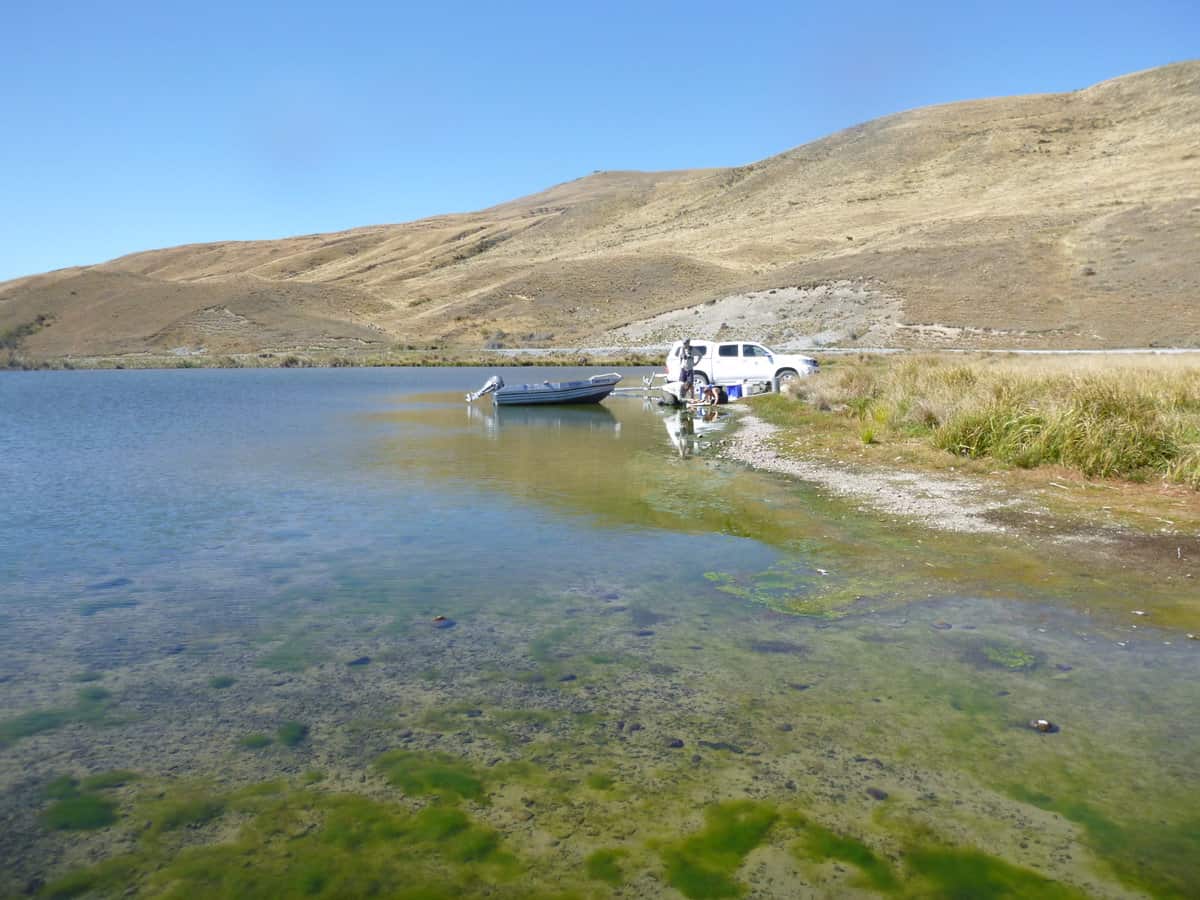 “This is why the global research partnership is so important – by sharing knowledge and resources with partners worldwide we can all make progress together.”

Dr Stewart hopes further funding can be secured to continue research into determining why these FABs are occurring and improving our understanding of lake ecosystems.